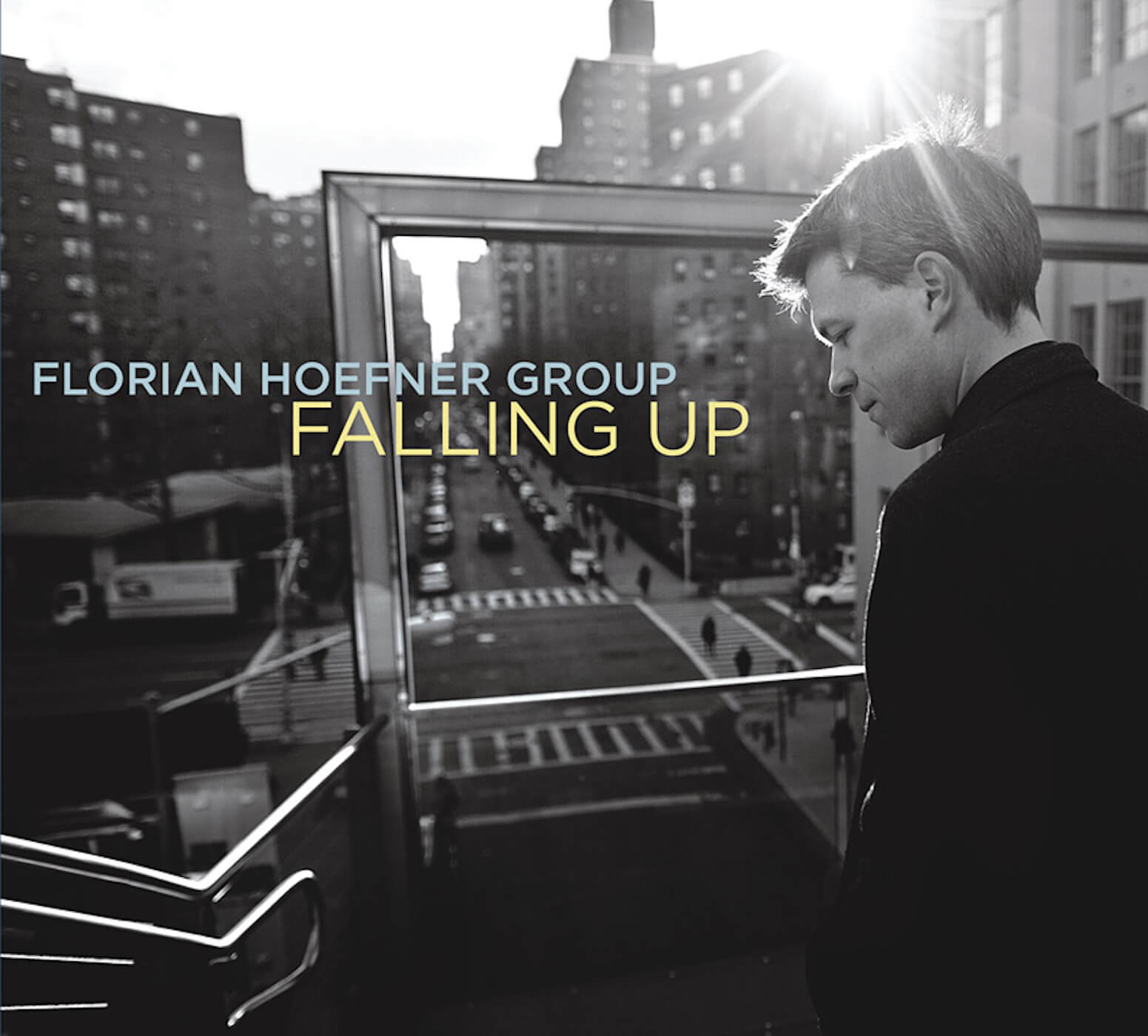 Update Required To play the media you will need to either update your browser to a recent version or update your Flash plugin.
Amazon
iTunes

…the effortlessness of the players is jaw-dropping…
– SKOPE MAGAZINE

New York-based pianist & composer Florian Hoefner follows up on his 2012 debut recording “Songs Without Words,” with a set of nine new tracks, including seven originals and arrangements of “Eleanor Rigby” and “Black is the Color.” “Falling Up” features the interplay of Hoefner’s long-time band, now with multiple European and east coast tours under their belts, with saxophonist Mike Ruby, bassist Sam Anning, and drummer Peter Kronreif.

A right on set of modern piano jazz is on tap here by this German born cat and his New York pals. Playing with the kind of effortlessness that makes everyone think that he can do it just as easily and just as well, it’s the sign of a real master when he leaves them in his dust and doesn’t make a big deal out of it. You can bet Hoefner would leave …

Falling Up is the second album of New York’s Florian Hoefner Group. An album that is established in the jazz category, but is too wide-ranging to pin down as the music flows between traditional jazz patterns and leaves room for influences from other angles. The successor to the debut Songs Without Words from 2012, which received rave reviews in …

Pianist/composer Florian Hoefner brings together a working team of Mike Ruby/ts-ss, Sam Anning/b and Peter Kronreif/dr for some thoughtful yet accessible post-modern jazz pieces. Except for ‘Eleanor Rigby’ (which is creatively delivered by Hoefner’s fingers), all the pieces are composed by the leader. An uncluttered lyricism permeates material such …