3 Trios Across the Globe

Florian Hoefner invites you to find out what music-making looks like during a pandemic. With the help of a Digital Originals Grant from the Canada Council for the Arts, Florian was able to produce 3 different videos with 3 different trios from across the world – without leaving his home in St. John’s. He used a process of layered recording to create tracks with some of his long-time collaborators from different ensembles, who live as far away as Melbourne, Australia.

Florian wrote 3 new pieces that were tailored towards a recording process where real-time interaction was going to be impossible and matched them each with the perfect bass/drum pair for the sound he had in mind. Watch the premiere of these videos in a virtual concert hosted by vocalist and radio sensation, Heather Bambrick. Heather and Florian will be broadcasting live, chatting about music-making in the pandemic and the process involved in creating these videos.

Each video will feature a bass/drums duo that Florian has worked with in the past in different ensembles.

Bassist Sam Anning (Melbourne, Australia) and drummer Peter Kronreif (New York City) are the backbone of Florian’s quartet, the Florian Hoefner Group. With the ensemble, they have recorded 3 albums for Origin Records and toured North America, Europa and Australia. Their latest album, “Luminosity” was released in 2016 and features saxophonist, Seamus Blake.

Bassist Andrew Downing and drummer Nick Fraser (both Toronto, ON) are part of Florian’s new Canadian trio and have performed on its debut album, “First Spring” (2019, Alma Records)

Bassist Adrian Vedady and drummer Jim Doxas (both Montréal) are Florian’s other favourite Canadian trio partners. They have not recorded an album together (yet!) but have played many live shows together.

Thanks to the support by the Canada Council for the Arts and the Office of the Vice President (Research) at Memorial University this virtual event will be free. 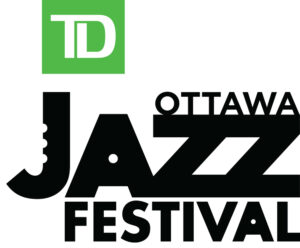 Available to re-watch any time after the live stream.

Add this event to calendar